Mr Coker was born in Coventry in 1935. He trained as a solicitor in Leamington Spa and was admitted to the Law Society in 1958. He is a former senior partner and now a Consultant with Field Overell Solicitors who have offices in Leamington and Coventry.

At Warwick District Council, he is Deputy Leader of the Council, Chair of the Executive and a member of the Employment Committee. He is a former Chairman of the District Council, a post he held in 1984 – 1985. On 1st January 1991, he was appointed HM Coroner for Warwickshire, a position that saw Mr Coker investigate the cause and circumstances of a number of high profile deaths in the county. He is also a member of Kenilworth Town Council and was Mayor of Kenilworth between 1989 – 1990 and 2006 – 2007. He is also Clerk of the Warwickshire Reformatory School Trust and his old school’s bursary fund, the Ratcliffian Association Fund. 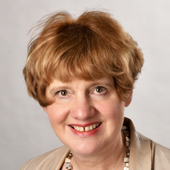 Cheryll is the longest standing member of the Project having been secretary since its inception in 1986. Whilst Cheryll received her initial insurance training with Avon Insurance she quickly moved on to an independent International Insurance Broker, as she preferred the face to face contact and interaction with clients. Cheryll was one of the founding Directors of Halkett Associates, a Corporate Insurance Broker specialising in Life Science and Technology risks, including privately owned, publically listed and international companies. Halkett’s were sold to Oval Insurance Broking in 2004, then in early 2014 Oval was then sold to Arthur J Gallagher a US listed family run international insurance broker, which is now one of the top 3 brokers in the UK. Cheryll still heads up their Coventry office, as Managing Director. She has 25 years experience in Sales, Service and Risk Management for both Commercial UK and International Risk Insurance. Cheryll is professionally qualified as an ACII and Chartered Insurance Practitioner. Having previously been Secretary of the Friendship Project for 25 years, Cheryll became Chairman of the Friendship Project in 2013. Her interests in addition to disadvantaged children are: food, travel, rugby and cricket, by default. Cheryll is married with two daughters.

Esther began volunteering as an Older Friend for the Friendship Project in 2006 and in more recent years has delivered safeguarding training to her fellow volunteers. She stepped back from her role as an older friend in 2017 when her younger friend of 11 years turned 17, and she took maternity leave. Keen to stay involved with the charity, she was delighted to be appointed as a Trustee in November 2019.  Esther’s career has focussed on children, young people and families and the organisations working with them:

Outside work, Esther loves sewing, baking, gardening and being outdoors. She is married, has two boys and a beautiful black Labrador. 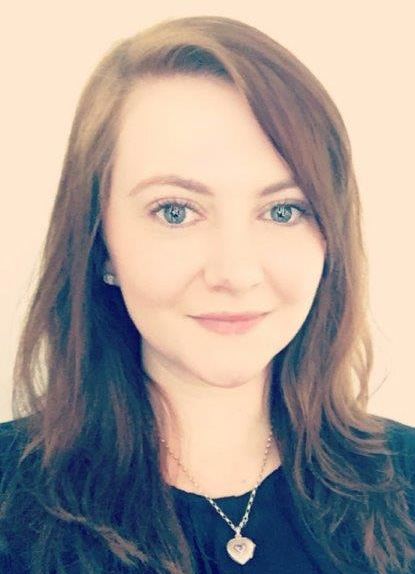 I am experienced in both administration and HR. I started out in the hospitality sector following my FDA in Event Management and roles included front of house, Cluster Administrator and Team Leader. Currently I am studying for additional HR qualifications. Away from work I am a professional singer and also organise charity events via my brand – Benevolent Events. 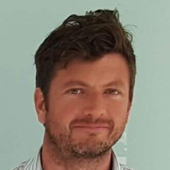 I first began working with the Friendship Project in the early 2000s when I helped the then Chairman, John Hancock, with fundraising in an unofficial capacity. (John is now our Safeguarding Mentor, see Operations Team). In 2009 he invited me to join the project as a trustee and as Treasurer. I soon overhauled the expenses system taking it from a long-winded offline paper-based system by introducing online banking and BACS payments which led to significant cost and time savings. In March 2011 I handed over the reigns to a new Treasurer, a qualified accountant. Next, I led and oversaw the design and implementation of the new Friendship Project branding and a whole new CMS website which allowed for wider participation from Trustees and the Operations Team. I also moved the organisation online to Google G-Suite, (now Google Workspace). All our documentation is now held and backed up securely online and available to all in a collaborative workspace. I also set up our social media accounts; very proud of the regular content contributions now made by the operations team and marketing. These days I primarily keep all our digital plates spinning and try to keep abreast of security, compliance, and GDPR issues.

Fundraiser – Richard Barrett
Richard.barrett@friendshipproject.co.uk
I am a recently retired management consultant and a qualified accountant. I am a fellow of the Institute of Chartered Accountants, who has spent most of my career providing financial management and process improvement consultancy to a wide range of organisations from family businesses to large corporates, charities and Government bodies. For many years I worked for Coopers & Lybrand and PwC, prior to establishing my own consultancy business in 2003.

I recently joined the Friendship Project as a Trustee to lead our trust and foundation grant fund raising. I am also a Trustee of the Shakespeare Hospice and USPG, a long-established mission agency of the Anglican Church. In addition, I am actively involved with my local church, enjoy cycling, walking, gardening and spending time with my family. I’m married and have two daughters and one granddaughter.

I was born in Rugby and lived just outside of the town until I moved to Hillmorton in 2009. I have worked in the town from 1991 up until 2017 when I moved to a new job in Kenilworth with the same Electrical Wholesale company, City Electrical Factors Ltd. I first became aware of the Friendship Project in early 2017 after I read an article in the local press about the charity and its urgent need for volunteers finally becoming an Older Friend in September 2017. Even though I have only been involved for a short time I have been immensely impressed with all the people that are involved, from the Trustees to all the volunteers that I have met so far and their undoubted commitment to the children that we try to help. In my new capacity I hope to meet many more of you and look forward to hearing your ideas as to how you feel things could be improved for all of us undertaking this valuable role.

I joined the Friendship Project as a trustee in June 2020. I had been seeking an opportunity to make a regular personal contribution to a charity and discovered that there was a vacancy for a trustee for quality assurance and compliance, a match for my professional experience with a charity built on a great premise that I was keen to invest in.

The majority of my professional experience has been in the university sector, most recently at the University of Warwick, where I work in the area of educational policy and quality.  I think most people who work in higher education have a sense of their own privilege. At Warwick we are encouraged to think beyond the ivory tower and to support the local community. There is also a strong drive to increase engagement in higher education by young people from backgrounds that are less typical than most who read for a degree.   Being a trustee provides me with a great opportunity to be able to apply my experience to an excellent cause and I hope that in return I will receive new insights.

I have recently retired from the post as Financial Director of an engineering company in Milton Keynes after 15 years.  Prior to this I worked for Rothmans International for 22 years in a number of financial and management roles.  Married to Heather and have two sons, William 36 and Samuel 39, and Boris the cocker spaniel 9 ! 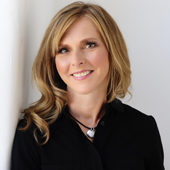 Angela originally joined the Friendship Project in 2012 as an older friend. She is now the latest addition to our team of Trustees taking overall responsibility for Marketing. Her career, accounting for more than 30 years of marketing experience, has predominantly focussed on the business sector, working within the corporate environment, yet has developed latterly to provide direct consultancy services for consumer and community organisations. Whether vocational or personal, she has always pursued an involvement with fundraising and active support for many local charities. Her business experience, coupled with a drive to give something back locally and make a difference to a disadvantaged child makes her passionate about The Friendship Project. 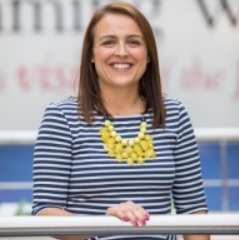 I have over 12 years HR experience focussed predominantly on recruitment, retention, staff development, coaching and performance management. I have worked in the public and private sectors as well as the charity sector where I spent nearly 8 fantastic years working for another local charity, The Myton Hospices. I enjoy helping others and being able to give something back to the local community. I am passionate about personal development and am currently studying for my CIPD Level 7 Advanced Diploma in Human Resource Management. I regularly attend local CIPD events to ensure my HR knowledge is up to date and I enjoy networking and meeting fellow HR professionals. I have lived in Warwick all my life and I am thrilled to join The Friendship Project from June 2020, they are a fantastic charity and I look forward to helping them and promoting the great work that they do. 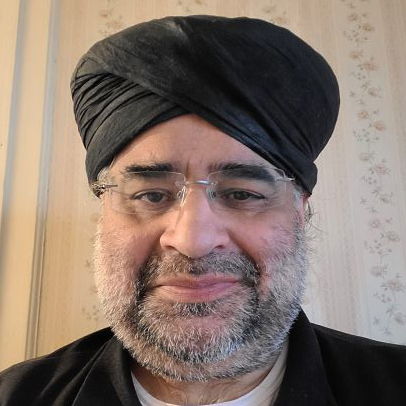 I grew up in Warwick & Leamington Spa and have spent 20 years engaged in senior management roles across HM Treasury/ Whitehall and the Bank of England. On the voluntary side, I have served as a Community Governor for 2 schools in London Borough of Brent through the period 2006 – 2015 (Queen’s Park Community School and Malorees Junior School), fundraised for the mental health charity MIND in London, and also worked with the NSPCC. I have just completed my training as a volunteer vaccinator with the St.John’s Ambulance Service and am about to start work in the Warwickshire area.