We have just reached the end of our 2 year fundraising from The Croft Preparatory School https://www.croftschool.co.uk/ after having been nominated in 2017 as one of their chosen charities to support.
Heather Shipley and Cheryll Rawbone from The Friendship Project went to the school on Saturday to be presented with a cheque.  They were staggered to gratefully receive an astonishing amount of £10,935.00!
We had also previously received an earlier cheque direct from one of the parents also.
We cannot thank them enough.  This huge amount will make such a difference. 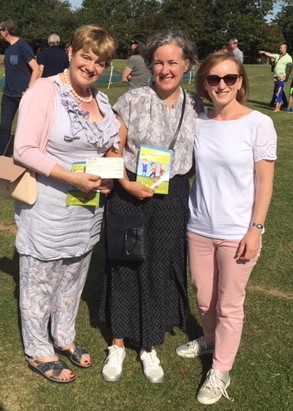